Since cannabis has remained prohibited for decades, it doesn’t mean that human civilizations did not use it in the past. If you were from the UK three years ago, you had no idea about CBD, and probably you never heard of this word. But now CBD and its products are everywhere, and maybe you are also using one of them. So, where did it come from, and what is the history of this famous cannabinoid.

The cannabis plant consists of hemp and marijuana, and both types differ from each other due to the amount of THC present in them. Records show that cannabis was the earliest plant that was cultivated for fiber as it provides strong fibrous material.

Medicinally, it is believed that Queen Victoria also used CBD to help manage menstrual cramps. Moreover, King Henry VIII, in 1533, fined farmers when they did not plant industrial hemp. In 1619, almost a hundred years later, it was illegal not to grow hemp in Virginia. If you look at the legal status of cannabis, it is shocking to imagine that such times also existed in the past.

Even though humankind has been using and cultivating hemp for a very long time, it’s in the last hundred years that they understood its active compounds and therapeutic effects.

CBD or cannabidiol, along with cannabinol CBN, was discovered by Edward Adams in 1940. He also hypothesized that cannabis contains a psychoactive element called THC. Almost 26 years later, Raphael Mechoulam discovered CBD and THC’s structure by using stereochemistry principles. He revealed that THC is associated with euphoric effects, whereas CBD cannot produce mind-altering effects.

Dr. Mechoulam continued his research on cannabinoids such as CBD to study their effects on epileptic patients. He administered 300mg of CBD to patients for four months and noticed that half the subjects stopped having seizures. But unfortunately, not much attention was given to this breakthrough discovery.

Discovery of the endocannabinoid system and its receptors

Cannabinoids interact with the human body and show their effects. In this regard, in the 1980s, concrete pieces of evidence were found regarding cannabinoid receptors at Saint Louis University. Then in the 1990s, after various trials and experimentations, CB1 and CB2 receptors cloned in humans and rats.

After that, he begins to determine the properties of these receptors.

CBD in the USA

By the 2000s, people started sharing their experiences with medical marijuana like Rick Simpson (relief from skin cancer) and Charlotte Figi (relief from Dravet syndrome).

The most famous breakthrough of CBD in legal terms happened when Farm Bill was passed in 2018. This legalized the cultivation and use of the hemp plant and its derived products such as CBD under certain conditions. Moreover, FDA also approved CBD-infused oral drug Epidiolex for epilepsy treatment.

CBD in the UK

CBD did not become very popular right after these discoveries in the UK. Actually, over the past 5-6 years (after Farm Bill passage in 2018), popularity increased due to extensive media coverage about a number of medicinal properties it offers. CBD is legal in the UK, but the products must not contain THC more than 0.2% or undetectable. 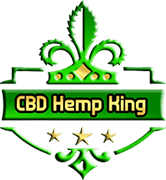 We provide the best premium quality CBD Hemp products available in the UK.

Join Waitlist We will inform you when the product arrives in stock. Please leave your valid email address below.

IMPORTANT NOTICE: WE HAVE A PROBLEM WITH OUR PAYMENT MERCHANT. AT THE MOMENT WE ARE ONLY ACCEPTING PAYMENTS VIA BANK TRANSFER THERE IS A OPTION DURING CHECKOUT.